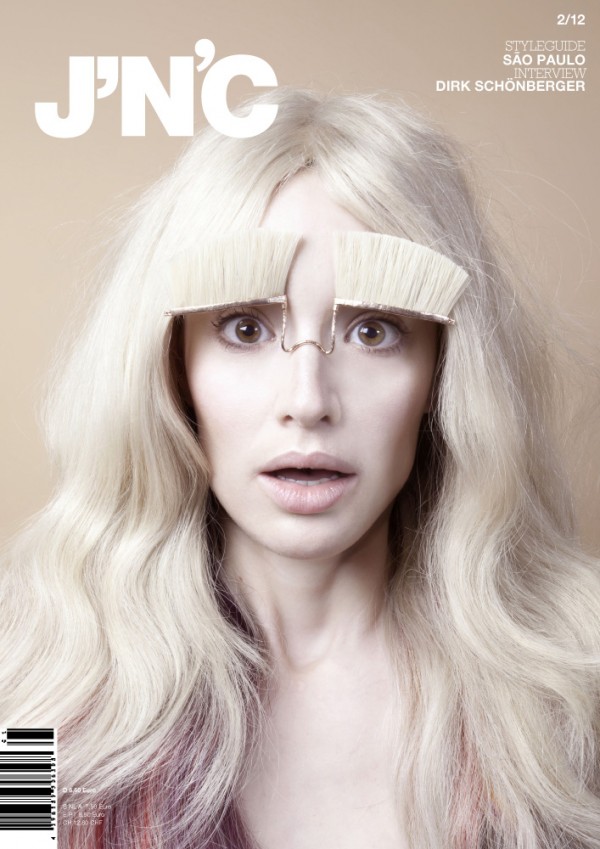 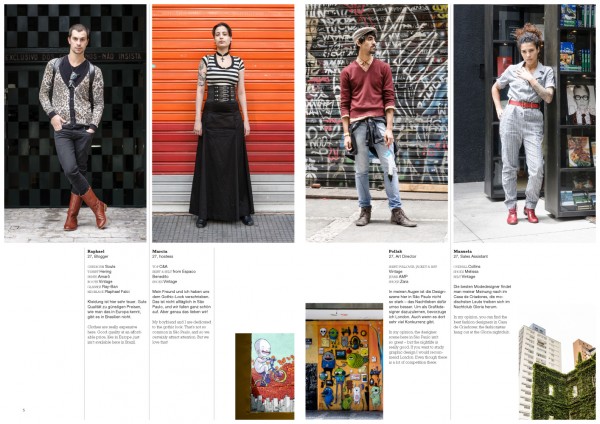 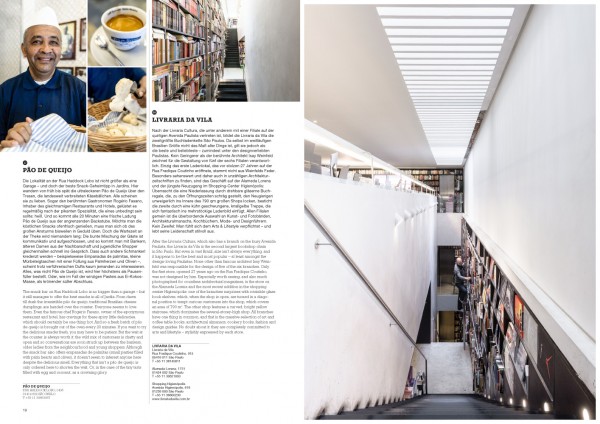 While Rio de Janeiro is immediately associated with beaches and samba, its big sister São Paulo has a Blade Runner-style image with a criminal background: wild and potentially dangerous – and anything but sexy. Which is of course accurate at first sight. When flying into the city, the biggest metropolis of South America with a population of 11 million appears like a seemingly endless sea of high-rise buildings. Thousands of skyscrapers as far as the eye can see, like small pinpoints on the horizon. It may sound crazy but this view has something exhilarating about it – its uniformity possesses an allure that is hard to ignore.

São Paulo has a very special charm. And this has a lot to do with its mayor Gilberto Kassab, who declared the ‚Sampa‘, as the city is known by the locals, a ‚Clean City‘ in 2006, banning every type of large-scale advertising from the cityscape. It has had a profound effect: the streets appear uniformly tidier, as if they have undergone a thorough cleansing of loud, garish advertising billboards and attention-seeking placards. If anything is brightly coloured and graphically eye-catching then it’s the graffiti and street art tags; the artistic creativity that has made São Paulo well known, even renowned.

A good spot from which to admire the urban beauty is the roof terrace of Edifício Itália, one of the tallest buildings in the city. From here you can enjoy a panoramic view of the pastel-coloured concrete structures, as well as marvelling at one of the city’s landmarks: the imposing, curved façade of the Copan building which, like so many of the impressive edifices in this country, was designed by the incomparable Oscar Niemeyer. It was this Brazilian architect, together with Roberto Burle Marx, who designed another of the great sights of the megapolis: Ibirapuera Park, the city’s large green belt.

Señor Niemeyer, who is now over one hundred years old, is still full of creative energy and, as a pioneer of Brazilian modernity, is, for his successors, a living paragon of his trade. That is also true of the already legendary architect Isay Weinfeld, who was responsible for the most exciting shopping and gastronomic projects in São Paulo. It is wonderful to see how much effort is being invested into the building of stores and interior design in booming Brazil. Europe can only dream of the variety of shops and restaurants shooting up out of the ground here. São Paulo is simply thinking big, and that is particularly visible in the city’s upmarket Jardin district. This neighbourhood, located northeast of the Avenida Paulista and bordered to the southwest by Avenida Brazil, boasts the most extravagant shops and exquisite restaurants. Although admittedly what’s on offer is expensive, even by European standards, it will still leave you wide-eyed and open-mouthed.
Somewhat more affordable – and no less inspiring – are the quarters of Vila Madalena and Pinheiros. Here, you will discover rows and rows of up-and-coming restaurants, vintage stores and interior design shops. And not forgetting the numerous art galleries, all united by one thing: their international renown. And finally, SP-Arte, the most important art fair in the whole of South America, is based in the city.

However, beyond all its culinary and cultural assets, São Paulo is and remains a business city. Tourists are few and far between. Even the beautiful and the rich, who elsewhere would be indifferent towards visitors, are genuinely happy to discover that you have found your way to the ‚Sampa‘. The friendliness and helpfulness for which the Paulistas are known, ensures that, despite all expectations to the contrary, this multi-million metropolis exudes human warmth, and a familial, almost cosy atmosphere. Sociable rather than dangerous, that was the lasting impression for J’N’C editor-in-chief Ilona Marx and Cape Town photographer Adriaan Louw, who during their subsequent visit to Rio, found themselves longing to return to São Paulo.

Selected texts from the City Guide 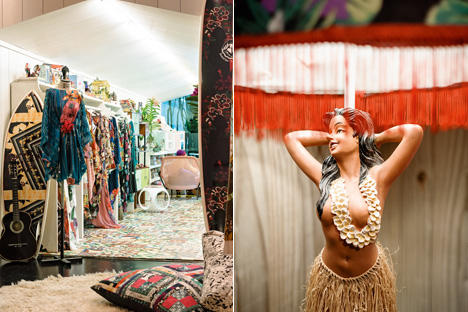 With its high gables and open lattice windows, Adriana Barra’s wooden house, overgrown with greenery, sets itself clearly apart from the chic, low-slung buildings in the district of Alameda Franca. This is the fashion designer’s realm. Barra, who is dedicated to the design of opulently patterned dresses, resides here in a true fairytale of a house. Upon entering the private location – to gain entry you have to ring a bell – the visitor is usually speechless when faced with the colour explosion and opulent decor. The labyrinthine shop is laid out over three storeys and there is something to discover in every corner: wildly patterned sofas, piled up with embroidered cushions, on brightly coloured tiled floors. Cupboards and shelves are bursting with dolls and porcelain, jewellery and small interior design items. So with these surroundings it seems natural that Adriana doesn’t spare the colour or detail when it comes to her dress collection. A little like the Spanish designer Custo, Adriana is skilled at the difficult art of pattern mixing. From flower prints to animal prints, from retro to exotic and back again. Seemingly effortlessly, Barra zaps through the styles and times – to the adulation of her well-heeled clients. The average price of her dresses is between 2000 and 3000 euros. Unfortunately for the majority of Paulistas, these dresses will have to remain a dream. 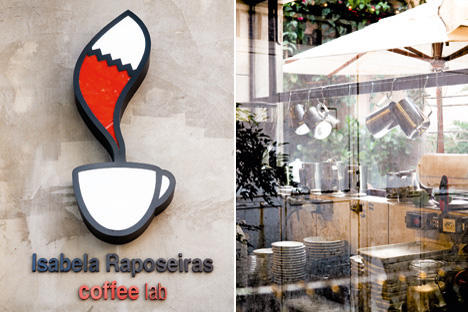 When it comes to coffee, there isn’t much we can teach the Brazilians; it’s usually the other way round! But the jury is still out on how much trend potential the idea has of mixing ingredients like salt, soft cheeses or parmesan into the morning pick-me-up beverage. The experienced baristas from the Coffee Lab, who set up shop in the up and coming Vila Madalena district in April 2011, are convinced that coffee is much better combined with saltiness rather than with sweetness. Leading the way is Isabela Raposeiras. Before she opened the coffee temple, the bean expert had spent ten years on a mission to try and convince restaurants and cafés of her unusual recipes – not a big problem considering her expertise and the high quality of the raw materials. The beans with which Raposeiras experiments are all sourced in Brazil, and are also all certified organic. The roasting takes place on the premises – a must for coffee aficionados. There are ten different blends to choose from. And for the expert, she even provides exact details on the geographic origin, including longitude and latitude. But despite the stringency of the concept: the Coffee Lab team show their more tolerant side with their coffee menu. As well as savoury snacks, sweet cakes are available too, so that even the more conservative palate will go home happy.

Shoes made of plastic are to Brazil what tartan kilts are to Scotland. But it’s not just Havaianas, the local flip flops, that are an export hit. Synthetic shoes made by Melissa also make the grade when it comes to overseas sales. For over three decades the Brazilian company has specialised in shoes that do without even the tiniest piece of cloth or leather. For their thirtieth birthday they took stock: over the years they have produced over 500 different models and sold more than 60 million pairs of shoes, exporting 20 million pairs to over 80 different countries! Melissa’s cooperations with the big players of the fashion world brought them a lot of kudos too; they have worked together with Jean Paul Gaultier, Patrick Cox, Thierry Mugler and Alexandre Herchcovitch. Not to mention furniture designers like the Campana brothers, Karim Rashid and J. Maskrey. In 2008 two unusual women were added to the illustrious list of partners: Vivienne Westwood and the Iranian architect Zaha Hadid. The connection to the world of art and design is not just restricted to the collection. Even the entrance area of the Melissa flagship store on the sophisticated shopping mile of Oscar Freire is another blank canvas for the convivial label. The elliptical walls of the entrance courtyard serve as an open air gallery: every season a different artist is invited to design the imposing crescent, spectacularly changing the store’s setting every season. 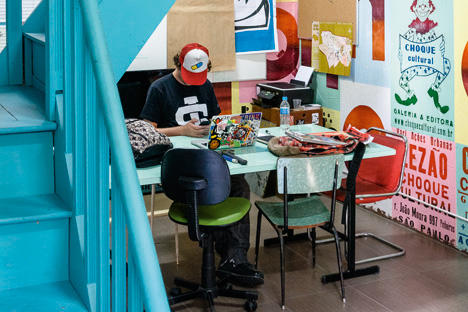 Why is it that next to New York, São Paulo is considered the capital of graffiti and street art? Perhaps because the metropolis with a population of 20 million, offers a sheer unending canvas for young artists? Sounds logical, but, according to Baixo Ribeiro that isn’t the whole story. The co-owner of the renowned street art gallery Choque Cultural considers the local skate and hip-hop community to be the reason for the growth of the phenomenon. On top of that, surely the police in town have better things to do than chase after artistic kids kitted out with spray cans? Whatever the reason may be: São Paulo is a tagging Mecca. The fact that local street art has now found its way into the world of fine arts with an audience that ranges from favela residents to art experts and gallery visitors, is also partly thanks to Ribeiro. After all, it was him who organised an exchange with the renowned Galerie Fortes Vilaça in 2006. The deal: Ribeiro’s protegés, including international names like Gary Baseman and Tara McPherson, got to exhibit in the gallery. In exchange, artists like Ernesto Neto, Adriana Varejão, Beatriz Milhazes and Vick Muniz showed their work at Choque Cultural. Nowadays the gallery in the district of Pinheiros is well established on the international art scene – and a must-see for all those with a penchant for urban art, graffiti, graphic design and illustration.